The role of acetylcholine in memory formation and Alzheimer's Disease 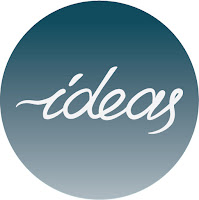 Acetylcholine is a crucial neurotransmitter, found in several parts of the brain, with systems that have multiple roots of projection, and with very important functions; it is primarily responsible for learning and memory. Evidence coming from animal studies, healthy individuals, and individuals with memory impairment have revealed the (quite complex) link between acetylcholine and memory. Acetylcholine has been particularly linked with the process of memory formation, and plays a key role in disorders related to memory, such as dementia of the Alzheimer’s type.
Acetylcholine is at large (but not solely) responsible for the formation of new memories (which can be seen as a partially learning process). This is linked with the root of acetylcholine to the hippocampus (from the medial septal nucleus). There are several ways in which the neurotransmitter does so. To begin with, it can promote flexible and relational memory. Learning that occurs in the hippocampus can be facilitated by acetylcholine since it ‘promotes relational processing of contextual cues by the hippocampus’- it connects the dots in a way (Marighetto, Micheau, 2010, 425). Moreover, acetylcholine can help in the coordination or selection of the process: it helps the choice among different neural systems of memory and of the most suitable to the situation learning strategy, and when more than one system or strategy is involved, it helps organize them. Quite similarly, acetylcholine plays a role in the sound/ noise ratio: it can help reduce the background, and increase the ‘sound’, thus allowing the learning process to be focused in the essence of what is to be remembered. Acetylcholine has an odd relation to memory. It has been argued that increased levels of the neurotransmitter can be helpful in the recording process of a memory, thus during learning, but can be detrimental during retrieval, where it leads healthy controls to have impaired performance in memory tasks (Marighetto, Micheau, 2010). Still, the role of acetylcholine in memory is large, and especially in the formation of memories.
From that it can be argued that acetylcholine is linked to disorders related to memory impairment, and indeed it plays a part in most, if not all of such disorders (which cover a huge range of psychiatric and neurological conditions). Perhaps the strongest example is dementia of the Alzheimer’s (AD) type, a disorder whose main symptom is cognitive deterioration, manifested in memory impairment and other symptoms (impairment of the executive functioning, aphasia, apraxia, and agnosia). One of the key characteristics of AD is the difficulty in learning new information and acquiring new memories, fact for which acetylcholine could be responsible (Hayward, 2004). During the 70’s it was discovered that individuals with AD tended to have abnormal acetylcholine synthesis, release, and uptake (of choline), and that there was a presynaptic deficit in the cholinergic system. This was further investigated, and lead to the cholinergic hypothesis of AD, which stated that: ‘degeneration of cholinergic neurons in the basal forebrain and the associated loss of cholinergic neurotransmission in the cerebral cortex and other areas contributed significantly to the deterioration in cognitive function seen in patients with Alzheimer’s disease’ (Francis, Palmer, Snape, Wilcock, 1999, 137-138). In fact, this guided pharmacology, so the pharmacological treatment of AD is related to acetylcholine, in an effort to reduce (control/ slow the progress of) cognitive, and perhaps behavioral symptoms. Currently, the hypothesis has been revised: there are lines of evidence that support it, and others that could refute it, but overall it has been concluded that acetylcholine does play an important role in AD, but is not the only neurotransmitter involved, and that cholinergic drugs can be effective, but still do not stop the degeneration and therefore the progress of the disease (Francis, Palmer, Snape, Wilcock, 1999).
To summarize, acetylcholine plays a role in memory formation by promoting flexible and relational memories, by coordinating and selecting neural routes and learning strategies, and by promoting sound over noise- indeed studies have shown that acetylcholine can promote the encoding phase. Its role is evident in memory related disorders, such as Alzheimer’s disease, where the cholinergic hypothesis of AD has lead to the primary pharmacological cholinergic treatment. The area of research regarding acetylcholine is a very promising one.